History of the Order of Leopold 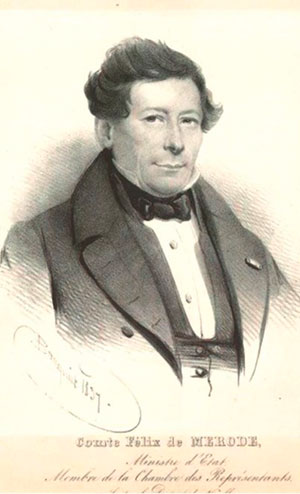 On 8 June 1832 Count Felix de Mérode, Minister of State, proposes the creation of a national order, called “Ordre de l’Union”. After investigation by a commission it is decided to choose the name of “Order of Leopold” with the device “L’Union fait la Force” / ”Eendracht maakt Macht” (United we stand, divided we fall), a free translation of the device of the 1789 Brabantine Revolution “In Unione Salus”.

The proposal is accepted by the Chamber of Representatives on 6 July, despite the opposition of certain representatives who wanted the creation of an exclusively military order of which article 76 of the Constitution reserved the privilege to the King. The Senate approved the proposal on 9 July and the law was proclaimed on 11 July.

Originally the Order consists of two categories, a civil and a military, and four grades: Knights, Officers, Commanders and Grand Ribbon holders. In 1838 a Royal decree creates a fifth grade, that of Grand Officer. That very same year another Royal Decree (8 November) consigns the management of the Order to the Department of Foreign Affairs. 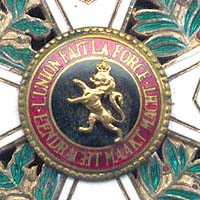 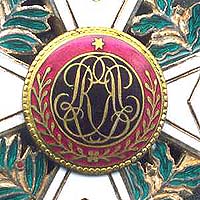 The decoration of the Order consists of a white enamel cross with a laurel and oak wreath between each of the four arms. The central part consist of an enamel shield surrounded by a red circle and two small gold circles, with on the front the coat of arms of the kingdom and its device in gold letters to the fore, and at the back the figure Leopold I consisting of two L and two R. On top of the whole we have a royal crown.

The colour chosen for the ribbon is that of the Golden Fleece: moiré poppy colour (this colour is also used by the French Order of La Légion d’Honneur). It was a well-considerate choice as pointed out by the reporter of the central commission of the Chamber of Representatives: “Belgium also received its Order, the most illustrious of all: the Golden Fleece is national property and has always been considered as inherent to the crown of Belgium…”.

The first knight in the Order of Leopold is a soldier. The French sapper Ausseil, wounded during the siege of Antwerp, received this honour on 9 December 1932. That day King Leopold I inspected the front lines and met a stretcher carrying this soldier whose leg had been ripped off by a canon ball. 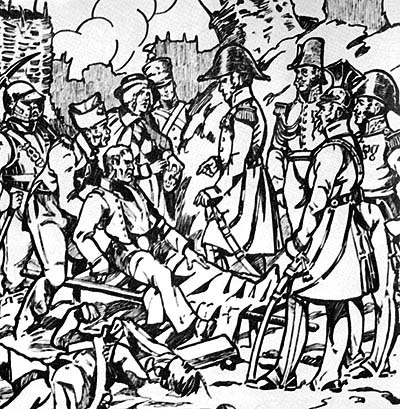 The King told him: “you are badly wounded, my friend” and Ausseil, who did not know his interlocutor answered: “yes general, but it is my watch, for my country and amidst my comrades” and he shouted “Long live France!”.

The King, who knew what real courage was, immediately made him the very first knight of the newly created Order. When he was taken care off at the Antwerp hospital, the sapper was visited by the Queen, who gave him a gold coin (Louis d’or). After he had recovered, he was also decorated with the Légion d’Honneur.

This episode was immortalized by a painting of Carpentier which hung in the Brussels Royal Palace for many years. In 1862 the King decided to give it to Ausseil. This present was also accompanied by a gold medal with his portrait and an annuity of 300 francs from his private funds.

The first Belgian military to be decorated as knight of the Order of Leopold was Engineer Captain H. Hallart. He was decorated by the King on 7 January 1833.

On 30 January and on 5 February ten more Belgian officers were made knight.

On 10 March 1833 no less than 304 French and 3 Belgian military were rewarded because of their conduct at the siege of Antwerp. Among them 90 corporals and soldiers and … several marshals and future French marshals!

The majority of the Belgian servicemen, who had distinguished themselves in the campaigns of 1831 and 1832, had to wait the important nominations of 15 December 1833 before they received a decoration in the Order. No less than 450 crosses were assigned to the army, among those 150 to soldiers and petty officers. The Civil Militia received some fifty crosses.

The first two fellow-citizens who obtained the decoration, as civilians, were N. Rouppe, mayor of Brussels and Count G. Legrelle, mayor of Antwerp. They were respectively decorated on 1 and 3 January 1833.

Afterwards, a decoration of the Order was gradually granted to all important persons of the Chamber of Representatives, the Senate, the important State Bodies, the Administration, business, industry and Fine arts.

The great commotion of 1914-1918 incited many of our soldiers to fight with a lot of courage and self-denial. In order to reward these heroic deeds of the most courageous among them, King Albert I granted the cross of the Order of Leopold with palms to 268 petty officers, corporals and soldiers. The palm with the King’s figure (Traduction?) was put on the ribbon of the decoration (Royal decree of 15 November 1915).

The citizens who had distinguished themselves particularly by special or spectacular actions during the First World War also received special decorations, created by a Royal decree of 24 June 1919. Depending on the case, the ribbon of their decoration in the Order was decorated with a gold border or stripe and gold or silver star. (Illustrations: ruban with liseré).